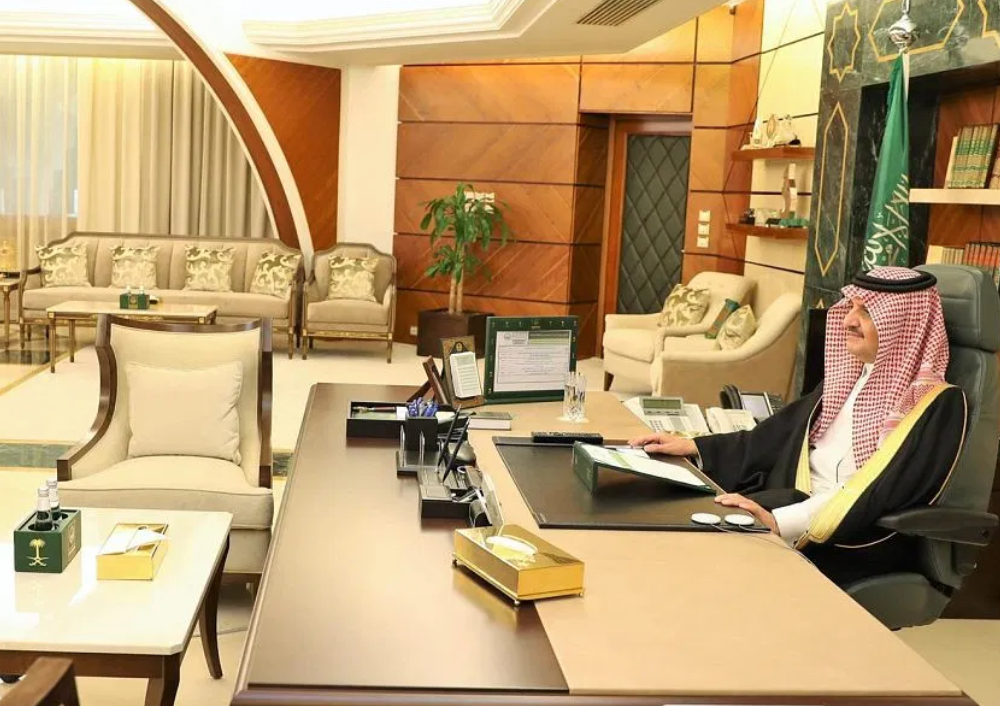 His Royal Highness Prince Saud bin Nayef bin Abdulaziz, Governor of the Eastern Province, Chairman of the Traffic Safety Committee and Chairman of the Board of Trustees of the Region’s Award for Ideal Driver - via video call - today, sponsored the closing ceremony of the fifth edition of the Ideal Driver Award organized by the Traffic Safety Committee, in the presence of His Royal Highness Prince Ahmed bin Fahd bin Salman bin Abdulaziz, Deputy Governor of the Region, Vice Chairman of the Committee, Vice Chairman of the Board, Trustees of the Award, members of the Committee and the winners. His Highness explained that the increasing number of registrants in this edition confirms that the award has begun to bear fruit, and the motivation goal has proven its effectiveness in reducing violations, whether at the level of individuals or establishments, urging the importance of continuing complementary efforts to achieve the goal of "traffic safety", usually these efforts are the source of Pride in the successes achieved.

For his part, the Secretary of the Eastern Region Award for Ideal Driver Abdullah Al-Rajhi praised the support of His Highness, the Governor of the Eastern Region and His Highness, and their continuous follow-up to the award’s activities since its inception, praising the great efforts made by the sponsors and organizers of the award during this edition of the great efforts to achieve its goals in the field of traffic safety. He explained that the award in its fifth edition recorded record numbers for the first time since its launch, with an increase of 42% over the previous version, as the number of registered contestants reached (23,301) contestants in the individual branch, (73) governmental and private entities, (16) in the school and university transportation branch, and (16) 17) In the heavy transport branch, indicating that the award went through several stages, namely the registration phase and the follow-up period, then the theoretical testing phase that was done remotely on a special website and the practical test phase. Al-Rajhi pointed out that the number of award winners for this year reached (56) individuals, of whom (30) won in the non-violators section, and (26) winners in the offenders section, as this new branch achieved a large participation and interaction from the contestants who showed a clear commitment to not Committing violations during the follow-up period, which lasted 8 months, which qualified them to pay their violations according to their positions and after they passed all the screening stages, while the testing phase for the winners was carried out based on high standards in cooperation with Saudi Aramco, Imam Abdulrahman bin Faisal University and the Saudi Traffic Safety Association "Salama".

He pointed out that the award included four branches, the first of which is individuals who do not have traffic offenses and individuals who have traffic offenses, a section that was created in this version in order to improve the behavior of drivers who violate the most, by inviting them to participate in the award and motivating them to pay the violations in accordance with the controls of the award. And the second branch, governmental and private agencies, and the third branch is related to school and university transport, and the last branch targets heavy transport, with the aim of encouraging them all to adhere to traffic safety standards and create a spirit of fair competition between them. He stated that the award achieved many successes in the past years, as it contributed to instilling traffic awareness in the hearts of drivers of all ages, and motivating individuals to drive exemplary.